Water, water everywhere; and not a drop to drink: 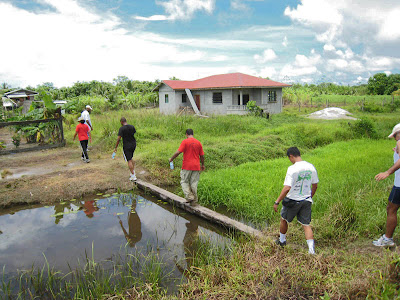 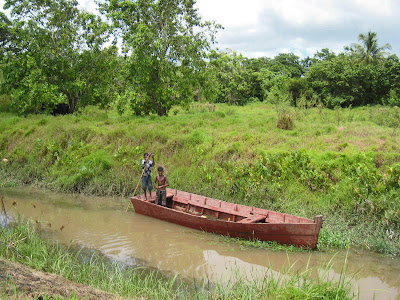 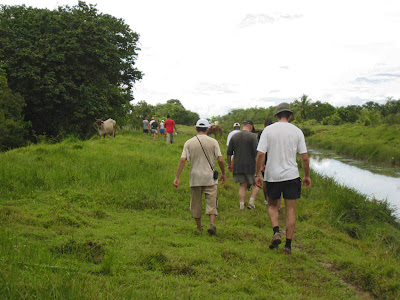 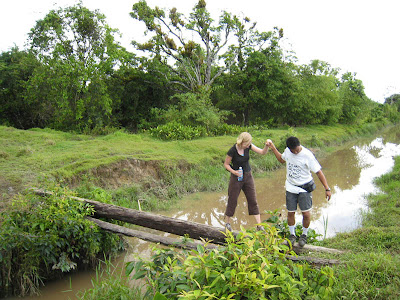 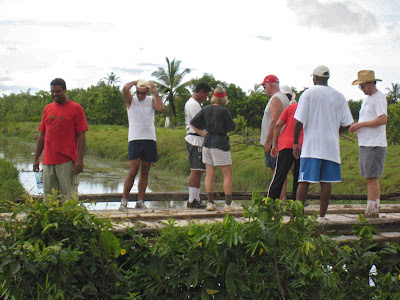 Free beer for hasher who suggests the best caption for this picture!!! 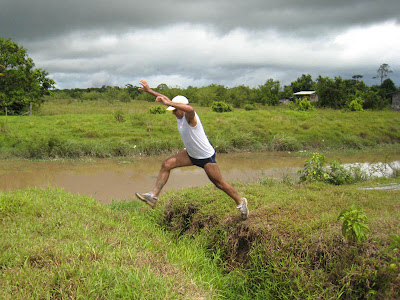 Rum in Her Crack likes to have her picture on the website: 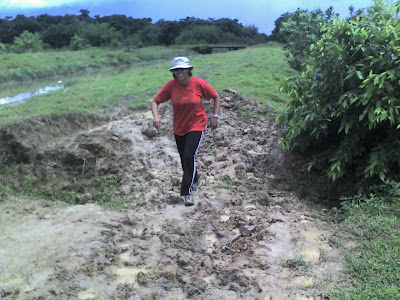 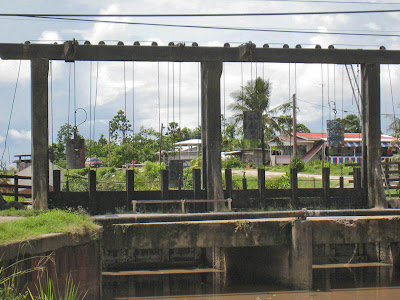 What good is a hash without a drinks stop? 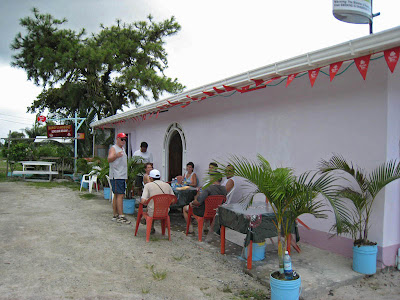 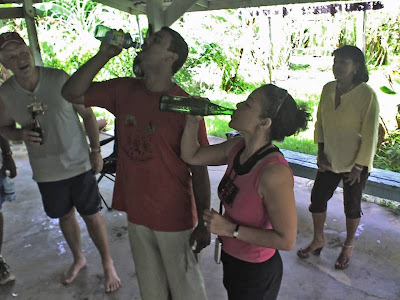 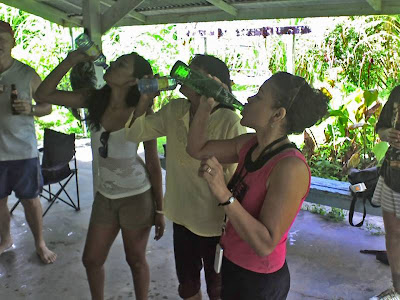 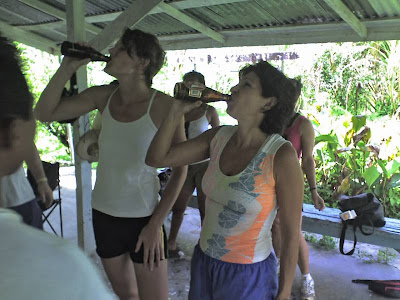 One of these hashers is thinking about sinning: 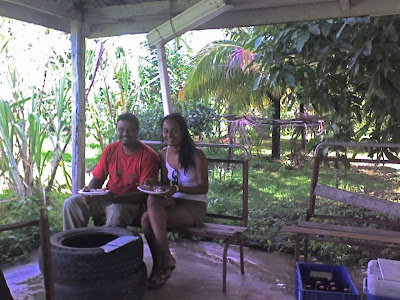 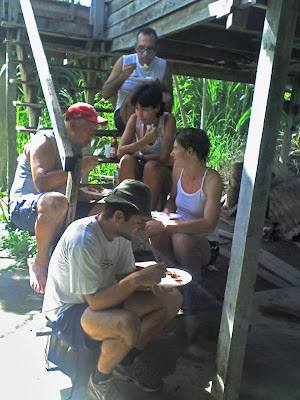 Swimming in the Essequibo: 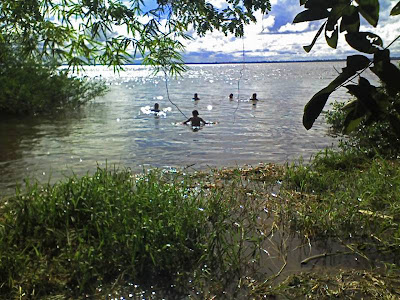 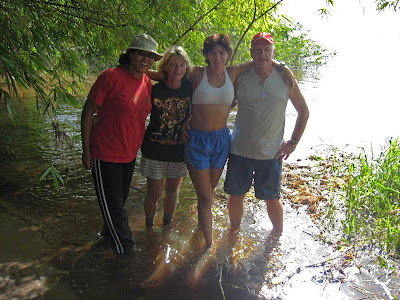 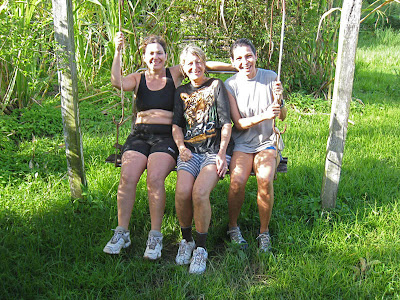 Posted by GuyanaHHH at 10:37 PM No comments: Links to this post

Rebel got so frustrated at trying to get lazy-ass GHHH hashers to volunteer to set runs that she and Chop Suzuki decided it made just be easier to make another Hasher. In true GHHH tradition, they aren't going to give him a name until he comes to ten runs. Congratulations to the Hare Line and our Grand Master! On Sex!! 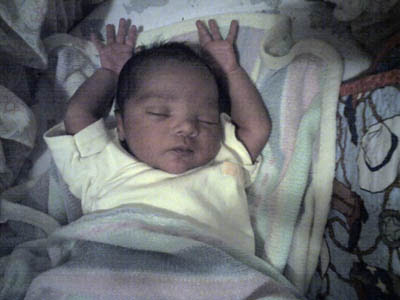 From: James Oelke <4oelke@gmail.com>
Date: May 16, 2007 5:14 PM
Subject: Exporting hasher from Guam
To: GuyanaHHH@gmail.com, jasilacci@gmail.com
Dearest Grandmaster,
Hafa Adai from Guam, USA in the middle of the Pacific Ocean (the furthest outpost of the realm). We send greetings and salutations along with the request that you print this missive and have it read while in the consumption of a frosty cold beer.
Our hash diverged from the Mother in 1981 and has just celebrated its 1300th run last Saturday evening. Like you, we chose to run our hashes on Saturday afternoons at four o'clock as we definitely require most of Sunday morning to recuperate. When I say diverged - this is true; we became a 'Tyrancy' vice having a grandmaster...we do not vote on anything on our hash, it is devine right of the tyrant. When the tyrant deems the time is right (for his liver to heal...) he abdicates to a new tyrant of his choosing. This complete mismanagement has served us in good stead for many years.
All that proprietary b.s. out of the way, I write to you to inform you of the arrival of one of our spawn to your fine hash. As Guam produces absolutely nothing of value we feel that exporting hashers is our way of giving to the world - like the clap or herpes that other hashes give - our 'gifts' continue to give. Now this young hasher has opted to join the 'Peace Corps' - what 'corps' has to do with 'peace' I leave to more intelligent gents than myself to determine...however, they have decided to post him in Georgetown for three months before sending him to some other great area of your country that requires hashing trails. He did not hash for long with us so do not think he is an unmoldable, fat, bald, walkie-talkie type like the rest of the older hashers...(getting there myself I can assure you)
He has been given your blog address - your hash looks very similiar to ours (we are H.A.R.O.P. - Hashers Against Running On Pavement as well...) as far as the terrain is concerned.

His name is Jesse - I cc'd him on this email in the hopes that it will force him to join your tribe for at least a couple hashes while he is in Georgetown. Hope to run with you myself in the future; however, I will await a trip report from our emissary before booking a flight from our rock to your sand...
Shine on you crazy diamonds - on-on.
Sex
Tyrant
Agana Hash House Harriers
Guam, USA

www.hashguam.com (very under construction at the moment as we prepare to host the pre-lube for Interhash 2008)
Posted by GuyanaHHH at 5:14 PM No comments: Links to this post 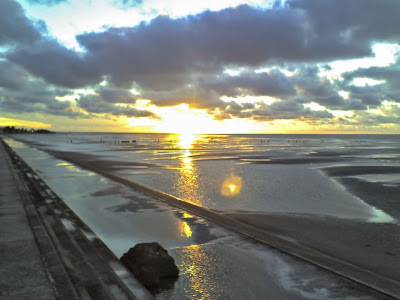 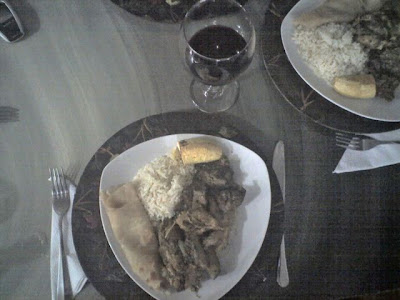 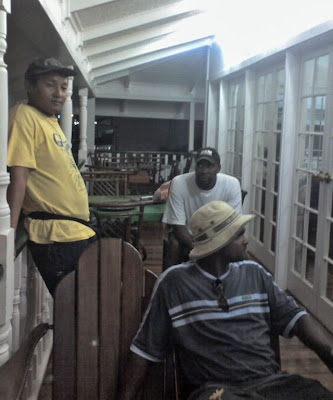 Posted by GuyanaHHH at 9:00 PM No comments: Links to this post