It was executed 'kinda like' it was planned.  Firstly, only our acting GM (Ibo-Ibo) went with his SUV which had 4-wheel drive (maybe we have to hold reading classes for Hashers on the next run).  So we expected to have some transportation problems on the return leg.
Secondly, although persons were told to follow the paper trail AND ONLY THE PAPER TRAIL, there were a lot of short-cutters who were following the limited vehicle tracks to get to the ON-IN.  They were dealt with in the circle.
Thirdly, the chow wasn't enough AGAIN.
Fourthly, King Solomon was given the Hash name:  "King Kong not-so-long"
We planned to have the two vehicles make two trips to transport the 40+ Hashers from the Farm - one snag - the pick-up got stuck on the return leg and the hapless hashers had to "Hash under the moon" through the trail to push the pick-up out of the hole.  Maybe we should call that "GHHH Run #627: Moonlight Hash to rescue Pickup".
Good work by our acting GM to walk half way back to ensure that we all "hashed under the moon" to get back to the vehicles on the trail.
All in all, it was a memorable hash which got a 8.9 rating by the GM and Circle. 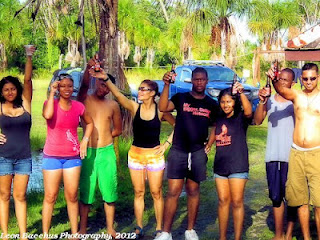 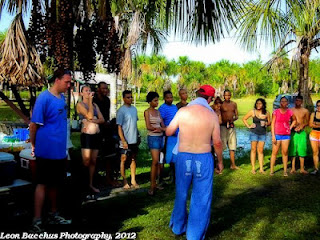 Posted by GuyanaHHH at 9:23 PM