Run 548
Hares = Swampy, Birdy Num Num, Gypsy Bitch, and Ramesh.
Trail in, through, and around Marudi Creek on the Soesdyke-Linden Highway. On On at the Madewini Creek Resort on the Soesdyke-Timheri Road.

The Georgetown HHH gets back to its roots:
jungle trails and blackwater creeks.
These hashers forgot that holding hands on the run is a sin. 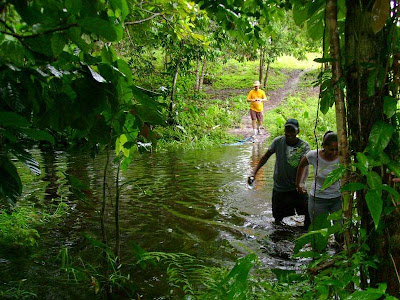 They did it again. 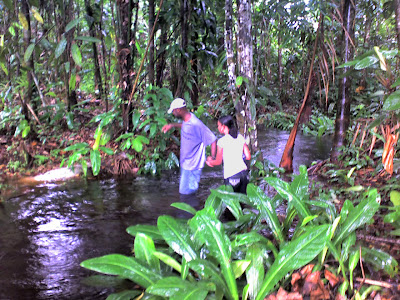 Hope they didn't catch any crabs. 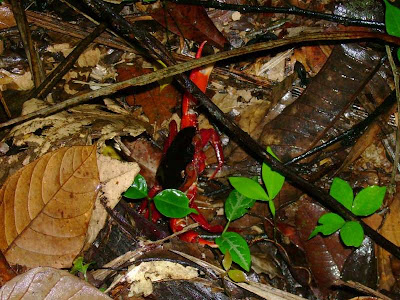 Everyone got across safely (even the hasher with the camera). 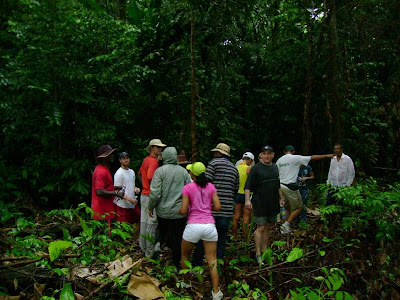 Someone said a Black Caiman was spotted in the pond the night before. 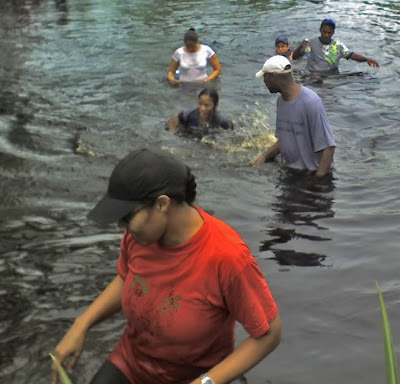 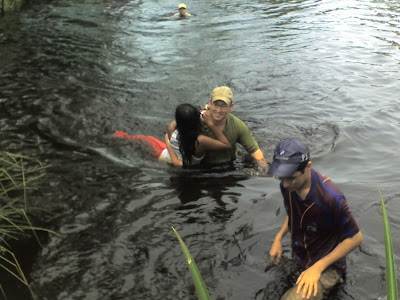 And then he went back for another. (Actually, he just wanted to make sure those two didn't start holding hands again.) 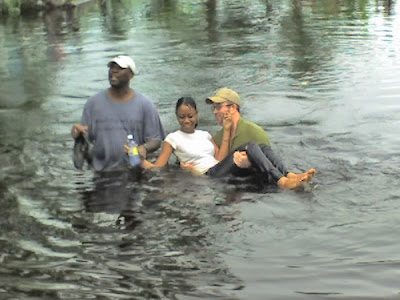 The trail wasn't all through water. 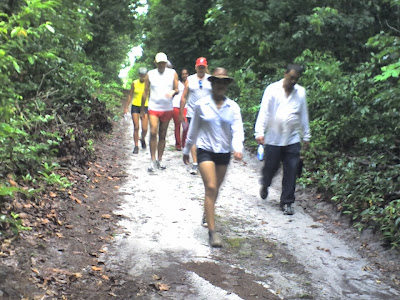 Boys following the Hare to the "Fear Factor." 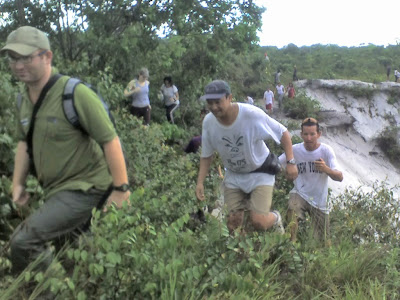 But it was ladies first. 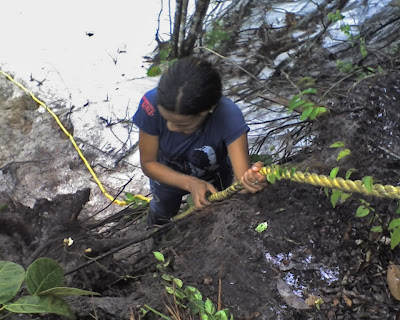 Trevor showed us how it should have been done. 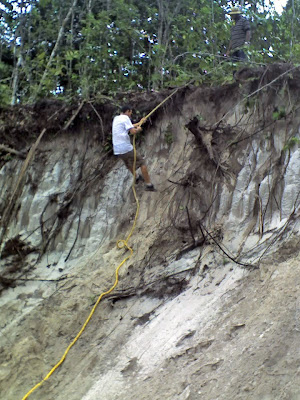 Sand hills are another tradition for the GHHH. 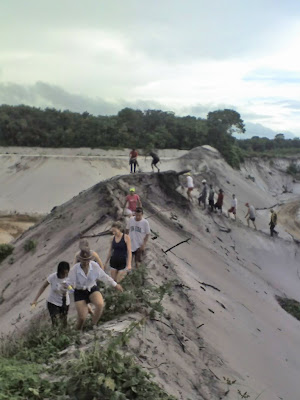 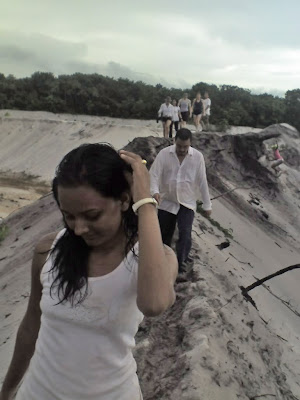 Finally the end of the trail. 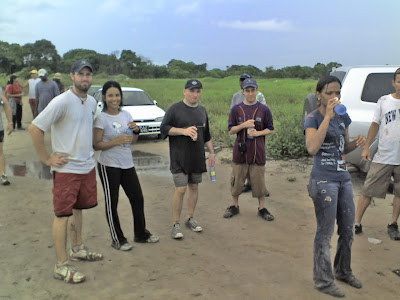 Virgins try to drink their down-down, but Niles pops his cork before the first verse is half over. 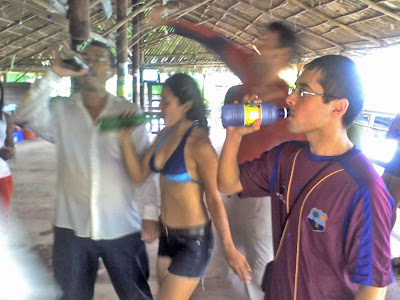 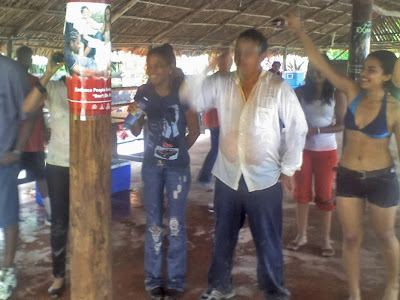 Good Hash Swampy! sorry i miss this one.