Sunday On the Highway

Beautiful Sunday for a Hash Run. Twelve the number of souls who showed up at the BHC. Four the number who unceremoniously left their fellow hashers because they couldn't tolerate Rum in her Crack's tardiness---they waited for an hour at the BHC, then said fuck off to the hash.

Rum in Her Crack showed up some 5 minutes later and was determined to get this thing going with the remaining eight. Chop Suzuki joined the procession at Grove and loaded up his car with food and drinks.

Got to the run spot--somewhere near Lopes farm and Emerald tower on the Sosedyke Highway. Run (I mean walk) lasted for about an hour, then we headed to the "umbrella" creek. Had lots of sandwiches and hot dogs to go with the almighty Banks Beer--true heaven that was.

Next stop was the the creek for a swim. The photos tell the whole story; no need for me to babble.

One virgin got 'high" after just two beers and almost walked into the path of a car on the highway.

Names were given out and the lucky girl was called "Sucky, Sucky" --hmmm.. I wonder why?

After lots of laughs and more Banks beer, it was time to close another chapter of the Georgetown Hash House Harriers.

The not so treacherous trail 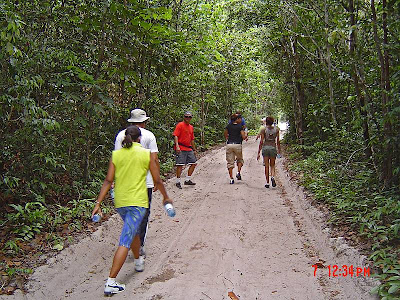 Swampy checking out the sights(or the girl) 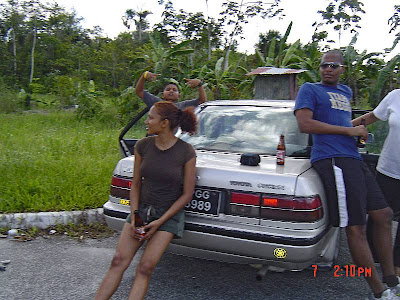 "I can take you to the Promised Land" 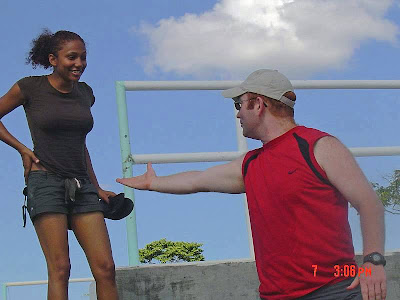 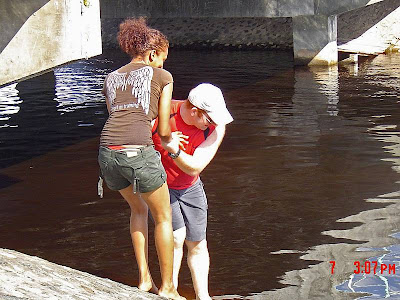 Nikita's gonna show off that tight tummy again. Wonder what kinda exercise she does to keep it so tight. Crunches? 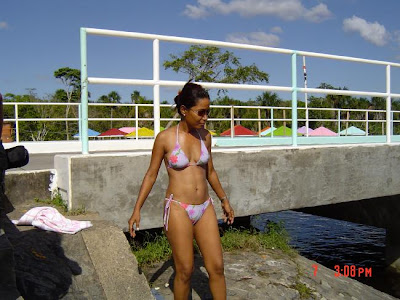 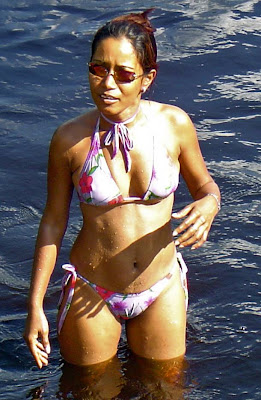 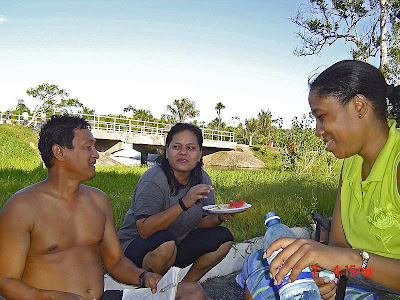 hi
your group looks like a lot of fun, how would i get hold of you when \i come to guyana, i am there quite frequently. email is tjspritz@yahoo.com